Case Study: Sam’s Story
At just 16 years of age, Sam lost his older brother unexpectedly. His parents were overwhelmed with grief and struggled to cope with day to day life which led to Sam moving in with his grandma. Struggling with the death of his sibling and not having any support from his parents left Sam with a heavy burden, turning to alcohol and other substances to help numb the pain.
Read More
Donate to sam

As the weeks went on, Sam developed a bad temper and frequently lashed out at his grandma. He would come home at all hours of the morning, Sometimes going missing for days. Eventually, Sam’s grandma couldn’t deal with his behaviour any longer and asked him to leave.

Sam stayed with friends, sleeping on sofas, floors and one time in a toddler’s bed, but some nights there wasn’t always a place for Sam to stay. One week before Christmas whilst family and friends congregated at each others houses, Sam found himself with nowhere to go and took an old duvet and a worn tent from his grandma’s house. He headed down to the Quayside and set up for the night.

Sam said this was the most unbearable experience. He thought he would be fine as some of his good friends offered to join him however as the temperature dropped, one by one his friends would go to their homes. Alone and scared with just a cold wet floor to comfort him, Sam drew weary but was too anxious to sleep due to the strange noises around him. Sleep-deprived and losing who he was, Sams mental health started to decline.

News soon got back to Sam’s grandma about him sleeping on the streets and she immediately called the police for help. They were able to contact North Tyneside Council who made an emergency referral to us here at YMCA North Tyneside. Sam moved in with us on the 23rd of December, just 2 days before Christmas.

Although Sam was given his own flat, it was worlds apart from living with family. He was learning how to live independently at just 16 years of age whilst still dealing with the grief of his brothers death. With low self-esteem and being unable to trust others, Sam regularly broke rules with incidents of aggressive behaviour. After several weeks of this behaviour, He was almost at the end of the warning process.

After 10 months of intensive support work with YMCA support officers, Sam is a happy and healthy young man who regularly attends the YMCA gym and has seen great improvement in his mental and physical health. He has completed an apprenticeship and is now undertaking a work placement. He enjoys cooking sessions within one of our training and education programmes and regularly cooks his own healthy meals in his flat. He volunteers at our YMCA allotment, he’s been accepted for a Windseekers Sailing Programme to Holland, and is well on the road to independent living.

Sam now volunteers at our YMCA allotment, he’s been accepted for a Windseekers Sailing Programme to Holland, and is well on the road to independent living.

*At Sam’s request, we have used an actor in the photograph and video.

Read more of our case studies: 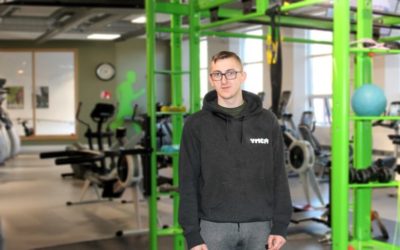 Just over a year ago, Nick was referred to YMCA by North Tyneside Council’s Housing Advice Team. “I had few skills at all when I arrived at YMCA and little confidence.” Nick needed practical support to give him more confidence and teach him how to live...

END_OF_DOCUMENT_TOKEN_TO_BE_REPLACED 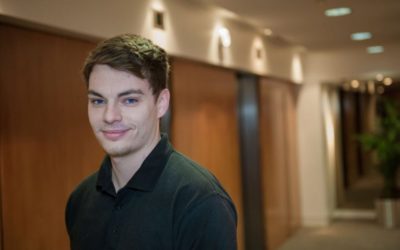 “University just wasn’t going to be for me. The pressure of achieving, working to a deadline and generally being in that high pressure environment just isn’t good for me. I love making clothes, things that I can actually wear so I needed to find a way of making that...

END_OF_DOCUMENT_TOKEN_TO_BE_REPLACED 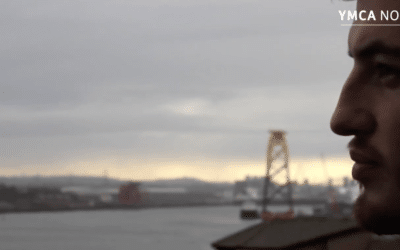 Adam has managed to save over £440 which has paid for brand new sewing machine and overlocker. He has big plans to put his textiles skills to good use and continue making individual pieces of clothing.Read more of our case studies:Help us transform the lives...

END_OF_DOCUMENT_TOKEN_TO_BE_REPLACED 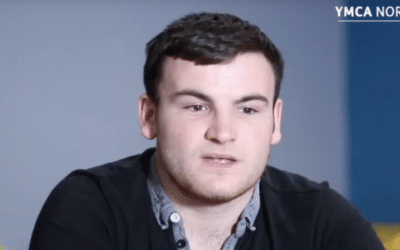 Adam has managed to save over £440 which has paid for brand new sewing machine and overlocker. He has big plans to put his textiles skills to good use and continue making individual pieces of clothing.Read more of our case studies:Help us transform the lives...

END_OF_DOCUMENT_TOKEN_TO_BE_REPLACED

Any cookies that may not be particularly necessary for the website to function and is used specifically to collect user personal data via analytics, ads, other embedded contents are termed as non-necessary cookies. It is mandatory to procure user consent prior to running these cookies on your website.